Multiply My Money
Home Saving Money What Is A Credit Union? 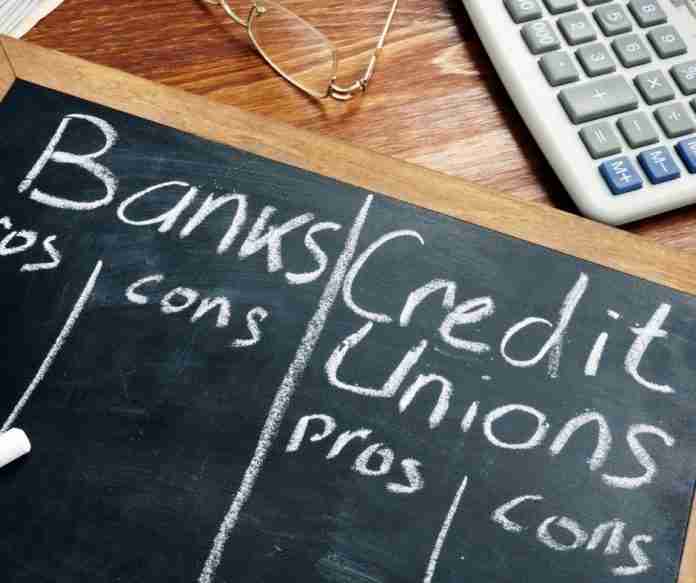 What is a credit union?

A credit union is a member owned financial cooperative. It is basically a nonprofit, member-owned financial institution that offers checking and savings accounts, along with loans just like banks. But unlike banks, credit unions return profits back to their customers who are members. Credit unions are often a more cost-effective and personalized alternative to banks.

How do credit unions differ from banks?

You will usually find lower interest rates on loan products at credit unions. Auto loans, automobile refinance, home equity lines of credit, credit cards, and personal loans typically have lower interest rates than traditional banking products. It is easier to get loan products from a credit union because they know you. Credit unions are more likely to take the risk of lending you money because the loan decision is based on more than just your credit score.

Credit unions require you to become a member to join.

A member of a credit union is also known as an owner of a credit union. Credit unions have certain criteria, which must be met before joining. This is known as the field of membership. Membership may be offered through your employer, religious institution, labor union, civic organization, or the geographic region you live in. The membership criteria varies based on the individual credit union. You are also eligible to join if you have a family member who meets one of the credit union’s memberships requirements. Some credit unions like Pentagon Federal Credit Union and Alliant Credit Union allow you to join if you donate to a partner charity.

Joining a credit union often requires an initial membership share deposit. The deposit can be $2 to $25 based on the credit union. This initial deposit is credited to your account and is required for you to officially become a member of the credit union.

Credit unions return profits back to their members.

Banks charge higher fees than credit unions because you pay for the convenience of their locations. Bank of America, Wells Fargo, Citibank, PNC Financial, and other large banks have locations all throughout most major cities. You can find an ATM or banking center close by. You pay for this convenience. It’s the same reason that convenience stores like 7-eleven and Walgreens are more expensive than going shopping inside of a regular grocery store like Kroger’s. Convenience costs!

The objective of a credit union is to serve the community where it is situated. While this works out fine for some, it means the credit union might not have a lot of conveniently accessible physical locations. This can be a hassle if you travel or move away from your credit union. But you needn’t fret – several credit unions have joined networks that offer fee-free ATMs and shared branches to credit union members across the country. Also, since most banking is done online today, you can bank right from your phone or computer.

Credit union accounts are protected by the federal government just like bank accounts.

You can search for credit unions in your area by asking your employer, school, place of worship or using the National Credit Union Administration’s locator tool. While choosing a credit union, please ensure that it has features that are important to you, such as access to a mobile app, a wide network of ATMs, and no checking account minimums. Once you decide on one, the process of confirming eligibility and opening an account with a small deposit is relatively simple and quick.

Can You Become A Millionaire From Stocks?

How To Use Payday Loans

What is a Savings Account and How Do You Open One?

What Are Title Loans?

What Is A Mortgage?

Save Money By Canceling Cable

Online Savings Accounts Are The Best Place For Your Cash