Multiply My Money
Home Cryptocurrency What Is Bitcoin? 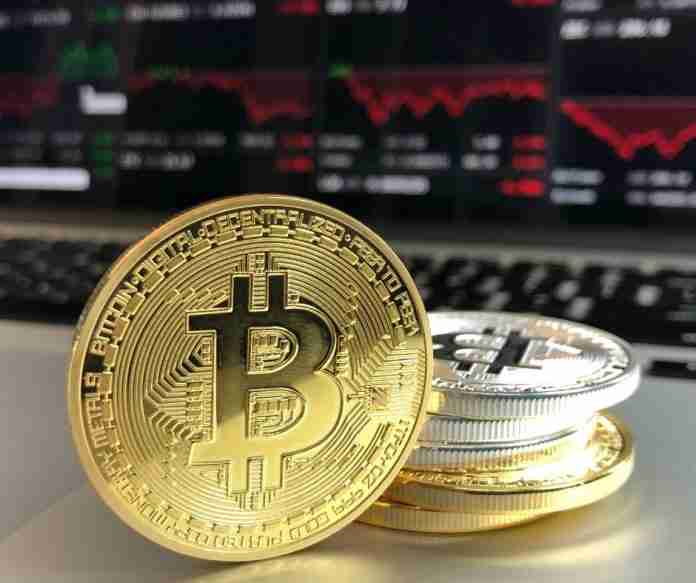 Bitcoin is simply a type of digital currency known as cryptocurrency. Cryptocurrency derives its name because it utilizes cryptography to keep transactions private and secure between peer users. Bitcoin was the first cryptocurrency to hit the digital marketplace launching in January of 2009. Since its initial launch, thousands of other cryptocurrencies have flooded the marketplace. Bitcoin however is still the most popular cryptocurrency and the one that is most heavily speculated upon by cryptocurrency buyers.

Bitcoin was designed to be decentralized meaning that there is no central authority to control or manipulate the system. The immutability of cryptocurrency stands in stark contrast with fiat currency, such as U.S. dollars (USD) or the British pound (GBP). National currencies such as the United States dollar are routinely controlled through interest rate changes and governmental purchases of government securities like Treasury bonds causing the monetary supply to contract and expand based on the actions of the Federal Reserve. This alters the value of the dollar in relation to the other currencies around the world. Bitcoin seeks to avoid this type of governmental manipulation by expanding the supply of currency at regular intervals that are built internally into the design of Bitcoin itself.

New Bitcoins are created through the activity of “miners” who generate new Bitcoin by solving difficult puzzles. Miners generate new currency to obtain a block reward, which increases in value every four years. The difficulty of the mining problems has increased over the year and thus has increased the costs associated with Bitcoin mining. While mining could once simply be done with a personal computer, the difficulty has increased so rapidly that mining now requires much more specialized hardware including Graphic Processing Units (GPU).

The increasingly expensive mining process makes mining Bitcoin impractical for most individual; it does however illustrate that the supply of Bitcoin is mandated by the Bitcoin specification itself and is not easily manipulated. The absence of manipulation gives a slight degree of stability to the value of Bitcoin.

Many international governments are openly hostile to all cryptocurrencies including Bitcoin. Governments hold tight control over traditional fiat currency such as the dollar and yen, which is why it is easy to understand why they are in opposition to an unregulated decentralized digital currency. This hostility manifests itself in distrust of and public fear mongering against cryptocurrency in general, as was seen in statements by Donald Trump in July 2019.

Through their many years of existence, a tax infrastructure arose to generate revenue for the government when money is spent buying or selling traditional instruments like stocks and bonds. The more money that is spent investing in cryptocurrencies like Bitcoin takes away from investment in these traditional investments. Cryptocurrencies are harder to track since blockchain transactions are not verified by banks or governmental agencies like cash transactions. Some people use cryptocurrency as a way of illegally evading paying taxes. You can see why the lack of financial transparency would be a major issue for the federal government.

Most traditional stockbrokers like TD Ameritrade and E*TRADE do not allow you to trade in cryptocurrencies. Robinhood does allow investment but it is only available in certain states. However, several mainstream brokers, like Fidelity and TradeStation, have plans to implement cryptocurrency trading in the future.

As important as knowing how to purchase Bitcoins, is knowing how to store them. Bicoins are stored in invisible wallets known as digital wallets. There are two kinds of cryptocurrency wallets – hot wallets and cold wallets. Hot wallets are made available through the cloud and are always online. This makes them easily accessible to the holders of the coins in them, but unfortunately it also makes them more easily hackable by those who don’t own the coin. This is why cold wallets are considered more secure. Cold wallets can be brought online only when needed and safely stored away offline when not in use.

Bitcoin is an exciting and incredibly volatile investment possibility that offers to provide an alternative to traditional currency as an instrument of value used for buying and selling items. Whether Bitcoin will achieve mainstream adoption is anyone’s guess. Bitcoin is equally as likely to be adopted by major institutions to being a defunct currency that never makes it. Cryptocurrency investors should note that any money placed in a Bitcoin investment is speculative at best. Bitcoin trading is very risky and can garner huge profits or result in huge losses.

How To Invest In Cryptocurrency

How To Buy Bitcoin