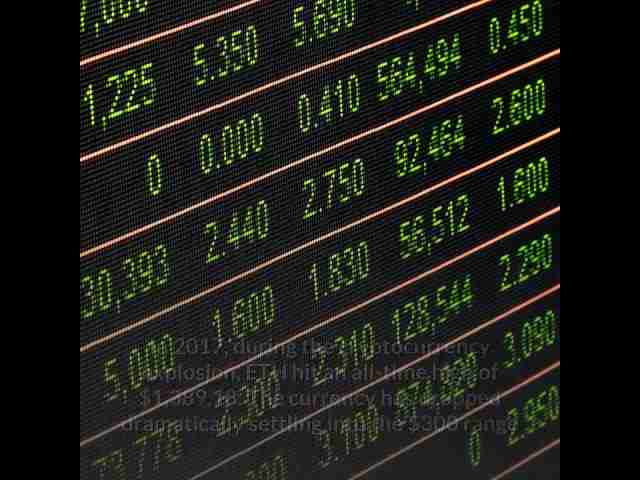 There is no doubt that blockchain related topics are trending heavily on the internet nowadays. Cryptocurrencies are one of the most searched topics on Google as scores of people are fascinated by the profit potential. There are stories of early investors reaping a windfall during the cryptocurrency boom. Despite, the popularity, a lot of people are unsure as to what cryptocurrency actually is. Is it actual currency? Is it real? What are the major types that exist? This post will explain what is cryptocurrency is and whether or not it is truly an effective way to multiply your money.

Cryptocurrencies utilize blockchain technologies to verify the transfer of funds without depending on a bank or financial institution. Cryptocurrencies use secure encryption for purchases, sales, transfers for all peer-to-peer transactions. Cryptocurrency is stored in a digital wallet, which is provided by the cryptocurrency exchange. Exchanges like Coinbase are used to store this invisible digital currency using encryption and user passwords. So, cryptocurrencies are an internet based medium of exchange and the currencies uses cryptography as way of conducting financial transactions. It is a decentralized currency therefore it is not regulated by the government nor does it have to be accepted by financial institutions. The price tends to swing wildly based on demand and market forces making it far more erratic than physical currencies. There is also no government backstop providing insurance like the Federal Depository Insurance Commission does for banks. This means if your account gets hacked and your digital currency gets stolen; you are pretty much out of luck!

Cryptocurrencies are one of the fastest growing markets traded today with crypto exchanges and digital wallets popping up everywhere. Massive amounts of money are poured into the market daily as major cryptocurrencies are traded on a daily basis.

Bitcoin is the oldest crypto currency in the world and currently the king of the market. The bitcoin network powers the currency, the first blockchain based network developed by Satoshi Nakamoto. BTC value has exploded growing from $0.003 in March 2010 to $20,000 during the bullish explosion in late 2017. Although in 2018 its value dripped to trading beneath $5,000, Bitcoin has rebounded this year rising to over $13,000. Bitcoin is currently trading at $11,541.57.

Launched in 2016, Ethereum is a major competitor to Bitcoin. The crypto coin is powered by a blockchain based network that enables smart contracts and DApps (Distributed Applications) to be built and run without fraud, interference, and downtime and without third party control. In 2017, during the cryptocurrency explosion, ETH hit an all-time high of $1,389.18. The currency has dropped dramatically settling in at $272.50 as of today.

Launched in 2011, Litecoin is one of the more stable cryptocurrencies in the market. Many cryptocurrency investors are enticed by Litecoin because of the closeness of its name and objective to Bitcoin. At its Initial Coin Offering(ICO), the coin was valued at $4.30. However, it reached $366.23 on December 19, 2017, which is its all-time high price. At the time of writing, LTC was trading at $101.67.

Over the past year, Ripple (XRP) has probably become the most widely discussed blockchain-based product in the cryptocurrency market. The crypto coin is powered by a blockchain based network seeking to provide a more efficient and cheaper money transfer method between international banks. The technology is working to wipe out SWIFT’s dominance in the financial sector. Whether Ripple is able to gain adoption by major banks is anyone’s guess. Ripple is an incredibly speculative cryptocurrency trading at just $0.33.

How To Invest In Cryptocurrency

How To Buy Bitcoin